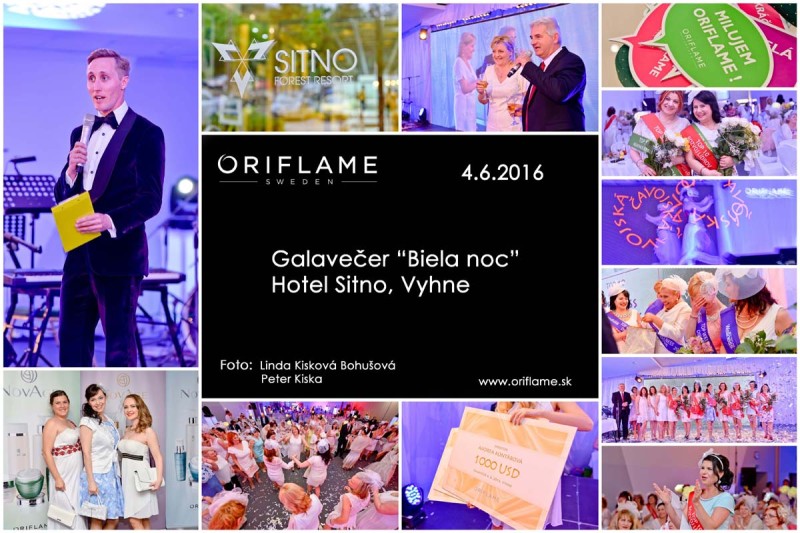 The Sitno Hotel in Vyhne held a gala event of Oriflame Slovakia in June 2016 called the White Night. During the evening Anta Agni dancers and acrobats performed several acts of UV Light show in various costumes. Our acts included the acrobat with a Cyr Wheel, dancers with ribbons and flags, LED light tools, an acrobatic cube and Visual Pixel Poi tools, which, thanks to the technology called graphic juggling, played an important role in the program of the event. In […] 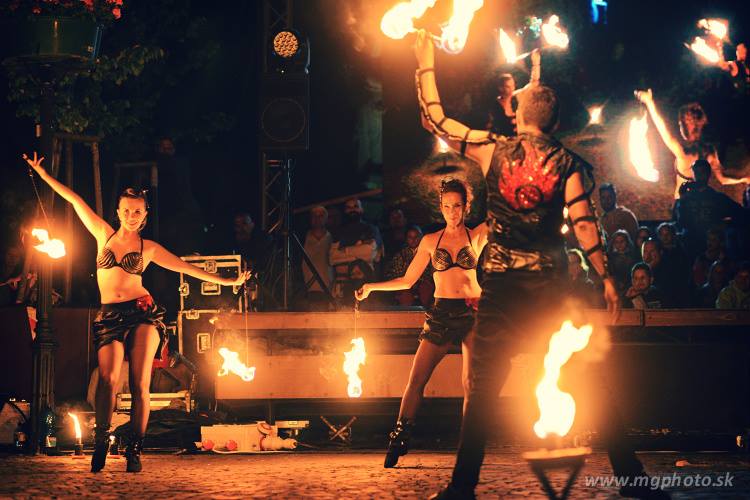 Štiavnica Live Chess is an event that takes place every year in the picturesque setting of Banská Štiavnica, which is on the list of UNESCO’s World Cultural and Natural Heritage Sites. The main program of the Live Chess event is a chess tournament, during which 32 volunteers and professional swordsmen stand on a giant chess board. In addition to the chess tournament, the event is also accompanied by rich cultural program, which in the summer of 2016 also included the […] 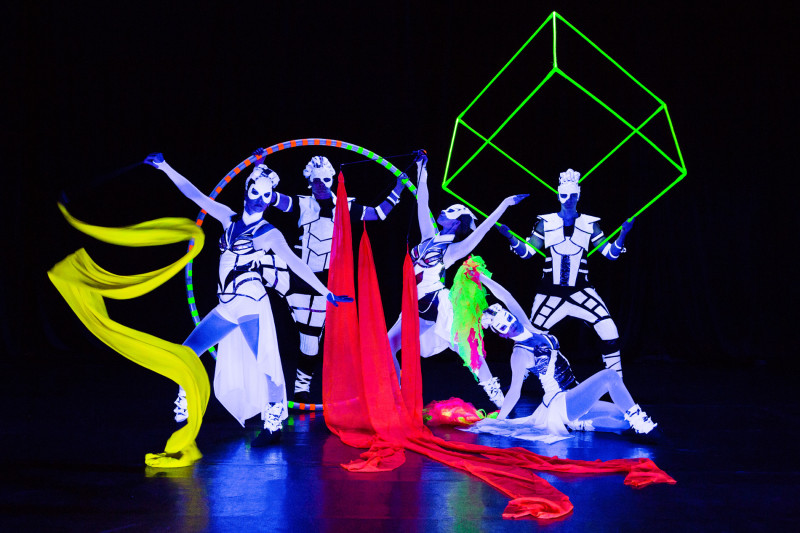 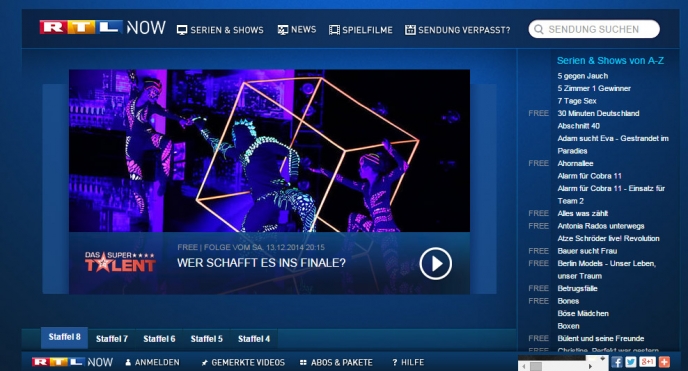 Das Super Talent 2014 audience enjoyed our show. Four times YES! and White Star, that was result of Super Talent jury. In finale we performed short part from our UV light show choregraphy with combination of Cube Juggling and Cyr Wheel act. Video from our part you can see here: ANTA AGNI BEIM SUPERTALENT 2014. 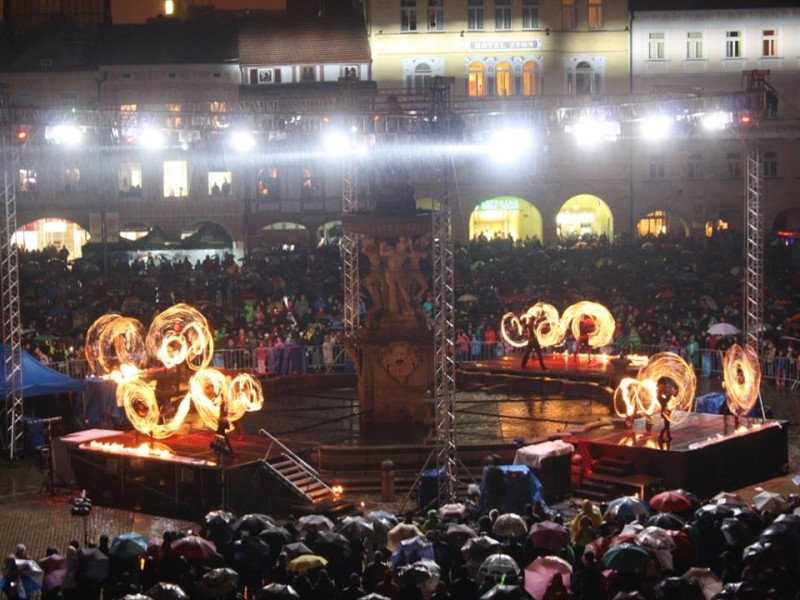 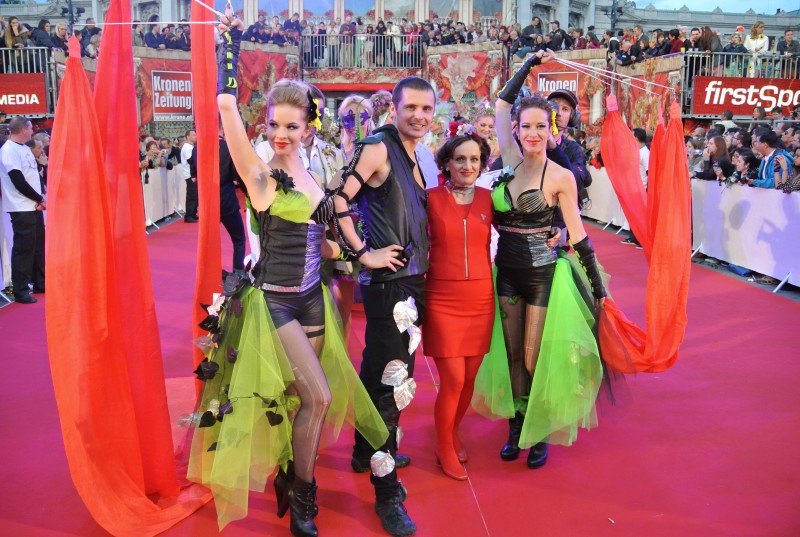 Anta Agni team participated at biggest charity event in Europe Life Ball 2014. Audience enjoyed our Black Light Show in Kleiner Salon with live music of Junge Wilde DJs. The Life Ball—one of the biggest and most spectacular annual charity events in the world—has attracted strong international interest and attention. The main priority of the Ball is, however, not only the exuberant celebration of the party people or spectacular live acts, but especially the fight against AIDS. More photos from […] 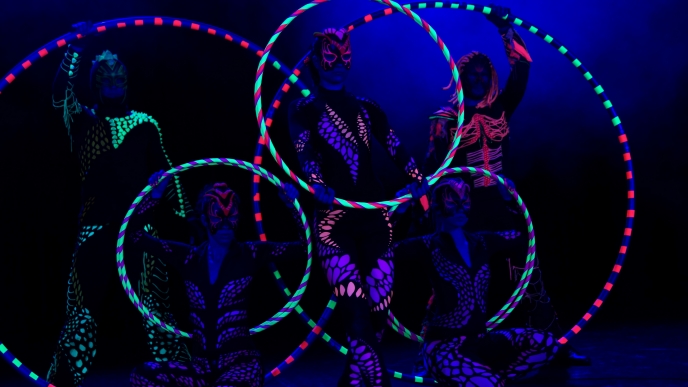 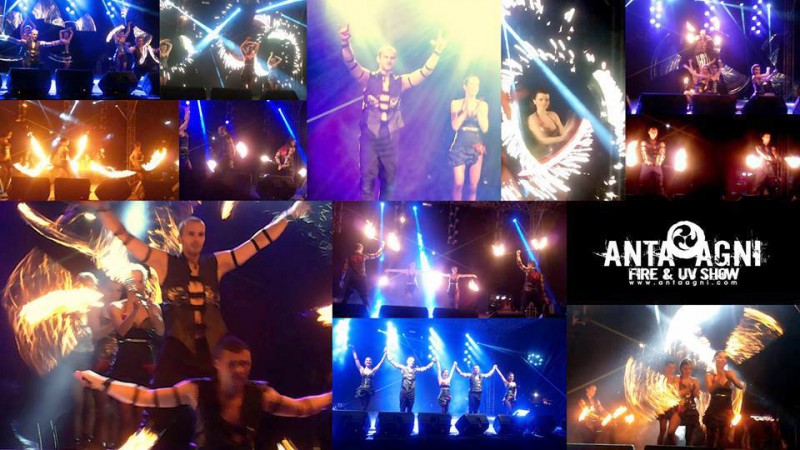 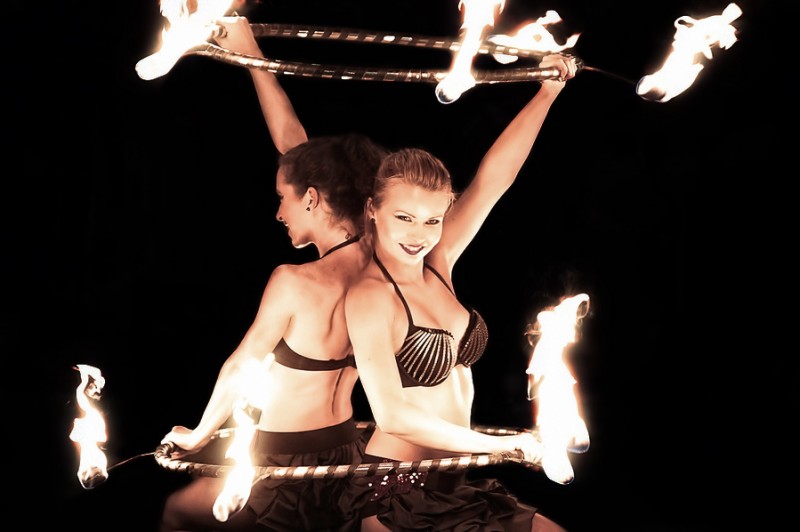 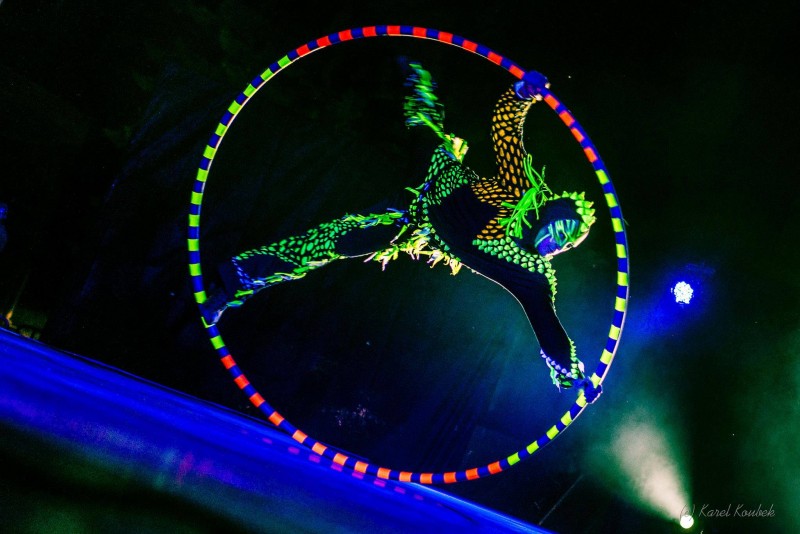 The Visual Effect of UV Light With Cyr Wheel Acrobatic Ascent.   As one of the first groups in the world, we combined visual effect of UV light with acrobatic ascent to modern circus tool cyr wheel.   Between other effects are impressive choreography with large cubes, light sticks and pixel visual poi, airbrush flags, wings, ribbons, as well as the colors of glittering helmets.